DID YOU KNOW THAT:

A farmer in New York State several few years ago made a contract with some New York hotels to take their stale bread rolls off their hands to use as hog feed. His hogs had plenty of other foods in addition, having the run of a large orchard with windfall apples, plenty of vegetation, and the various by-product foods available on most farms.  But, the young pigs developed at only half the usual rate of growth and contracted many diseases normally foreign to the pig species, particularly pneumonia.  His brood sows had smaller litters than normal or aborted completely.  His hens which had the run of the same orchard began to lay eggs irregularly, and chicks hatched from these eggs were so feeble that few survived.  It would seem that a curse had been laid on his farm. Sometimes the truth is stranger than fiction for in reality there was a scientific but natural curse. 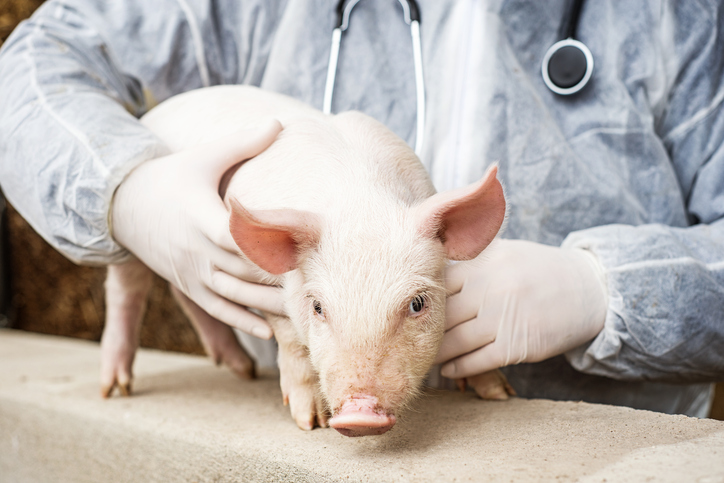 It finally dawned on this farmer that white bread might have something to do with his troubles. He immediately set up two test pens. In one he put a group of pigs on the white bread regimen, in the other, the pigs were put on whole corn and wheat grains. In three months there was a lot of “woebegone”, “emaciated” doleful looking pigs in one pen and a perfectly normal healthy group in the other pen. The farmer was positively convinced that the “curse” was of his own making and that the “white bread” was the responsible agent. (Note: It took 3 months to show the difference. This was not long as a farmer views it, yet our customers somehow expect miracles in a few days or weeks.)  The farmer in question was Senator W.P. Richardson of Goshen, N.Y. Here is what the Senator himself had to say on the subject:

“When I think of my experience in feeding pigs with the white bread left-overs of New York City’s leading hotels, I am astonished at the indifference which white bread eaters manifest toward so many of their ailments. The counterpart of these ailments on my pig farm, with all their distressing consequences, came to me as a complete surprise. Had my pigs and chickens been eating nothing but white bread, I might have suspected the cause of the trouble before so much damage had been done but they were rooting around and grabbing for themselves, getting lots of other food. I believe the white bread consumed by them didn’t amount to more than half of what they ate, but it was certainly enough to cause a commotion at Goshen.”

The commotion to which Senator Richardson referred was the furor among his neighboring farmers, who were aware of his dying hog difficulties and then when they learned it was due to white bread there was a terrific scramble to get rid of the white flour products and find enough whole grain products to go around. Every farmer in the vicinity stopped using white flour products and stopped feeding them to his children.

This experience at Goshen, N.Y. should answer all those die-hards who still contend that “just a little ‘won’t hurt’ if you get plenty of other good food.”